The #cenotes in Yucatán: I bet, you know these incredibly beautiful pictures from people jumping into the blue water of the #cenotes in Yucatán, Mexico. In fact the title picture from @davidmrule is one of my most beloved picture, that we have on our website www.meisight.com.

Where do these beautiful cenotes come from?

I wasn’t really looking for more information on the cenotes in Yucatán. In fact, it was more by accident, that I saw a documentation from my beloved National Geographic Channel. This one was called “drain the ocean”. It covered the mystery on the ground of the Gulf of Mexico. Guess what it is – amongst millions of meters of oil pipelines?

It is the #Chicxulub crater, the result of the probably most damaging asteroid on earth. It killed 66 million years ago the dinosaurs and with them 75% of all life on earth. While half of the ring of this crater is covered under a more than 1000 meter thick sediment layer in the Gulf of Mexico, the other half of the ring is on the Yucatán Peninsula. And here comes the #cenotes into the game: They line up like small pearls on a string along this crater rim. 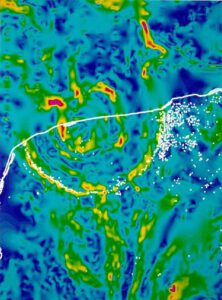 the cenotes are located around the rim of the crater

The role of the cenotes in the Maya culture

Maybe you know that Yucatán doesn’t have a lot of rivers or other sources of fresh water like lakes. That’s why the #cenotes have always been the primary source of water. Especially for the Maya, the #cenotes played an important role. Indeed, they saw the sinkholes as  entrances to a life after death. That’s why they paid homage to these places with all kinds of valuable gifts that they threw into the water. Besides that, there is also evidence of human sacrifice based on the skeletons found in the depths of the caves. Huu… isn’t that scary? I get goose bumps every time I think about the unspeakable dramas that must have taken place in some of these places.

A gigantic underwater cave system in the cenotes

Many cenotes in Yucatán are associated with what is believed to be the largest continuous underwater cave system on earth. The two longest systems, Ox Bel Ha (256.6 km) and Sac Actun (222.7 km), are accessible through more than 140 cenotes each. The total length of all explored underwater cave systems in Quintana Roo is 1085 km (based on this information from January 2020).

In any case it is an absolute dream for every diver. Though not without danger. Some of them have already become fatal because of the widely ramified and partly very sharp-edged walls of the caves. 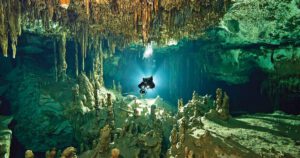 For our user, however, the magic of these places lies above the water surface. With the many roots, often hanging for meters in the cenotes, there are many attractive motifs for spectacular images – which find their way into equally beautiful feeds on Instagram.

Do you also have pictures from the cenotes? Then feel free to upload them into our app #meisight and share your interpretation with others. You can download “meisight either on our website www.meisight.com or in the stores. 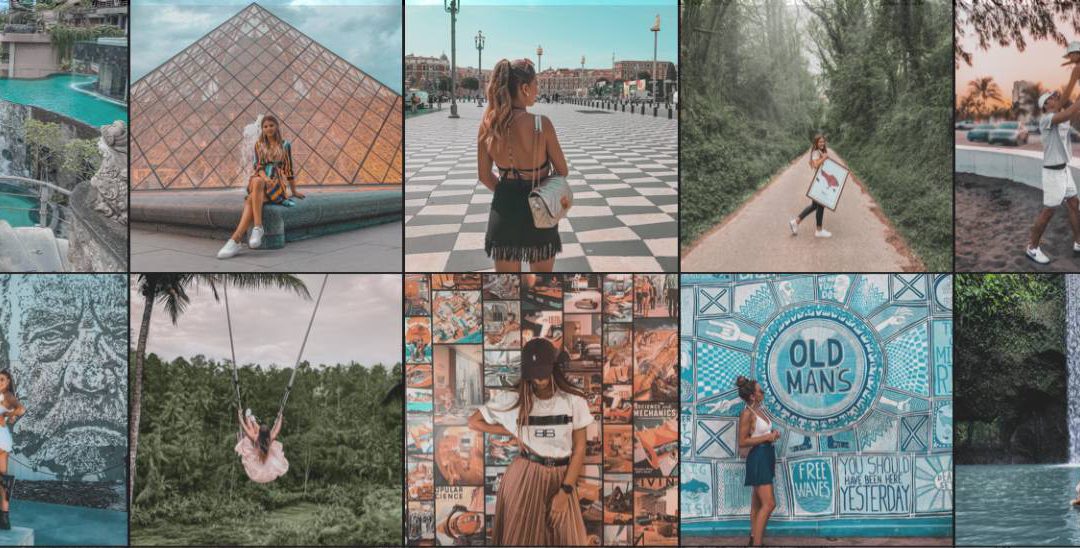 They are #instaphotos or Instastories. You don’t just take pictures, you produce so-called content. The creators put a lot of effort into it to get THE perfect photo. Every day new word creations come up. So also the term instagrammable. Merely a fancy new word? Not exactly…

If you are curious about answers, then you should find a cosy place and read the following article further.

We, Alex and Jenny, are the initiators of the app meisight. Why meisight? Because we were annoyed by hours of searching through various portals and blog articles to find spots. That’s why we made it our business to bring together so-called Instagram photo spots around the globe on a clearly arranged map.

Thanks to the link to Google Maps, our users can not only see in advance what these Instagram Spots look like – and get inspiration for their own projects as well as outfits and accessories – but can also be led directly there by an integrated navigation.

Through our work, we can therefore confidently call ourselves “Instagrammable experts”; and in the following we want to explain what this is all about and what so-called instagrammable spots look like.

If you ask Google and search for the word “instagrammable” in the “Urban Dictionary”, this is the definition for an image that is instagrammable. Admittedly, a somewhat woolly explanation, considering the variety of images on Instagram. From travel content to outfit posts to animal photos, everything is included. After all, it is ultimately up to the viewer to decide what he or she sees as Instagram-compatible and what not. That’s why we limit the whole thing to its origin, because the term instagrammable comes mainly from the travel and lifestyle industry. Here, instagrammable spots are first and foremost great places that are worth taking photos there.

The HOW plays a big role here: Only the way the photo was taken, from which perspective and which angle it was shot as well as the professional image editing afterwards make the total work of art. That is why we equate the work of influencers, the content creation, with art. These pictures are extremely time-consuming and need a lot of preparation.

But the work pays off in the end: The pictures are real eye-catchers and almost seem surreal due to the meticulous staging and editing. This perfectionism is in turn rewarded with many likes. From this we can conclude that instagrammable spots are places that have the potential to serve as a backdrop for the perfect #instaphoto.
The more people visit the individual Instagram Spots and upload their photos to the social networks, the more reach an instagrammable spot gets. In order for the photo to be instagrammable, it is important to our users that one or more people make the backdrop with their poses into a special work of art. Ideally 😉 …
Only the pure spot does not offer the inspiration regarding outfit, posing and accessories that the meisight community wants.

Why our meisight-community needs YOU!

Do you know such Instagram Spots or have you ever been there yourself? Places that may seem unspectacular to others, but are very special to you? Places where you can let your creativity and imagination run wild?

Then browse through your photo gallery and upload your best spots into our app meisight!
We’ll collect your instagrammable places to share them with other avid travelers, content creators, bloggers, etc. on your behalf. As a member of the meisight community you can provide other influencers with your personal Instagram Hotspots and benefit from other users sharing their photo spots with you.
Scroll through the photos of the meisight community and get great ideas and inspiration for your next photos.
Become a part of us today! You can find our app for Android in the Google Play Store and for iOS in the App Store.

We are looking forward to you and your favorite Instagram Spots in our App! 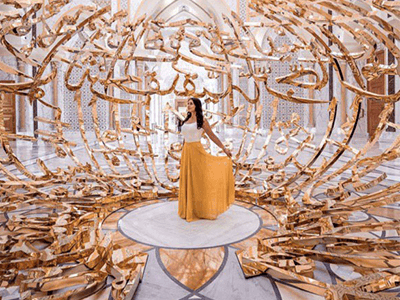 The world is sooo incredibly beautiful and photogenic! That´s why we at meisight developed a unique app in which bloggers, influencers and content creator around the globe share their most instagrammable places with you.

You will be blown away when you check out all the > 3000 spots in our app meisight.

Are you ready to explore the world? Get a sneak preview, what you can expect in the app. Here you go. 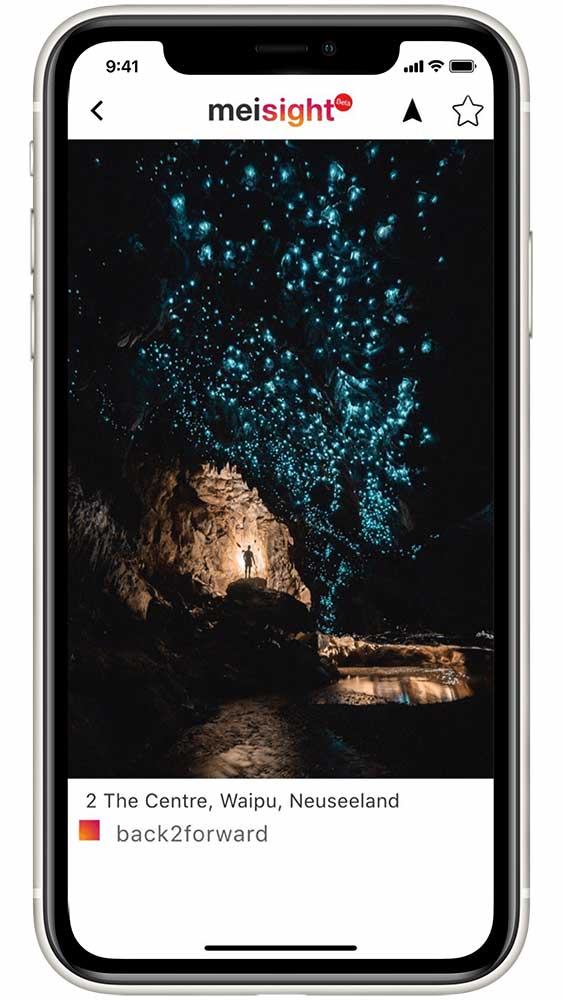 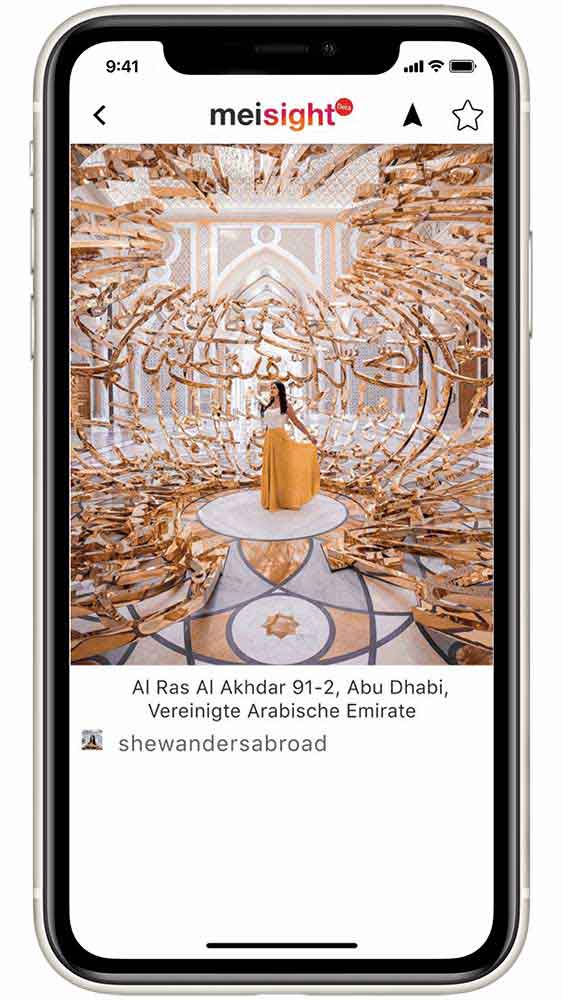 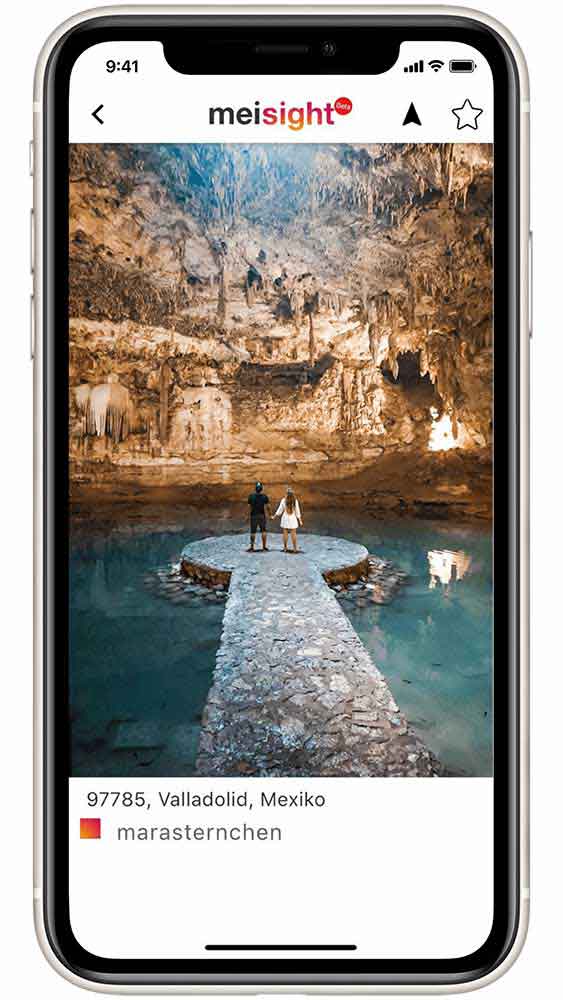 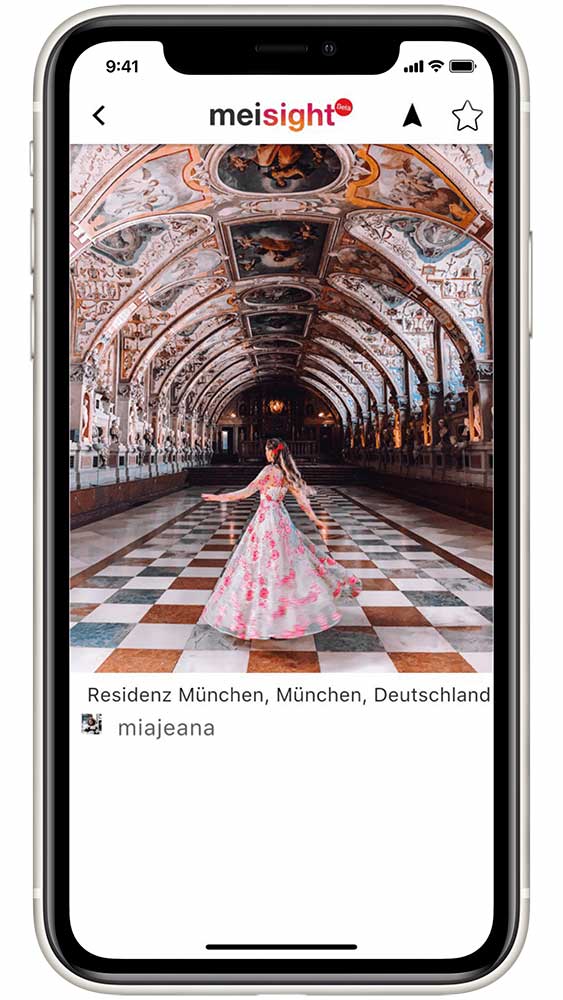 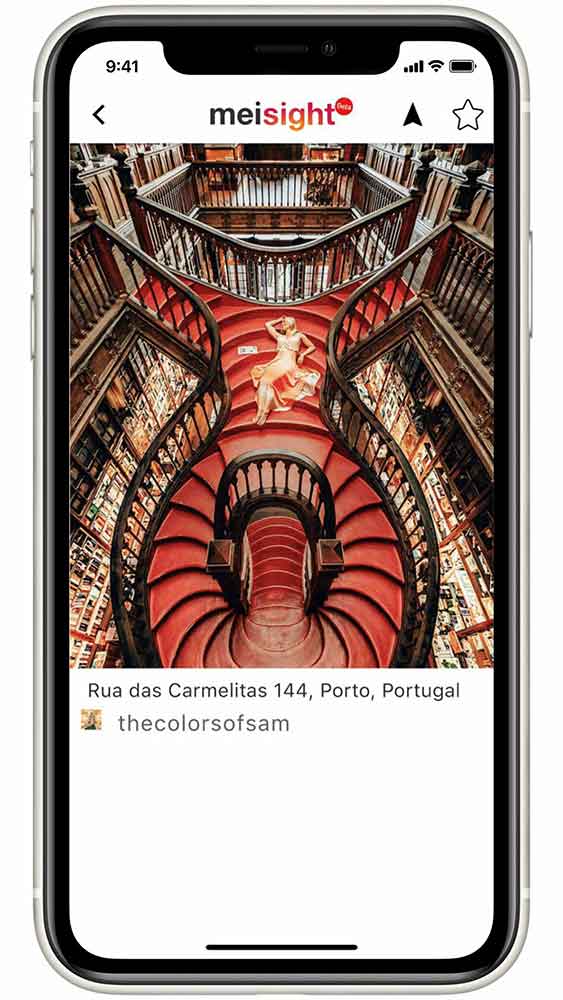 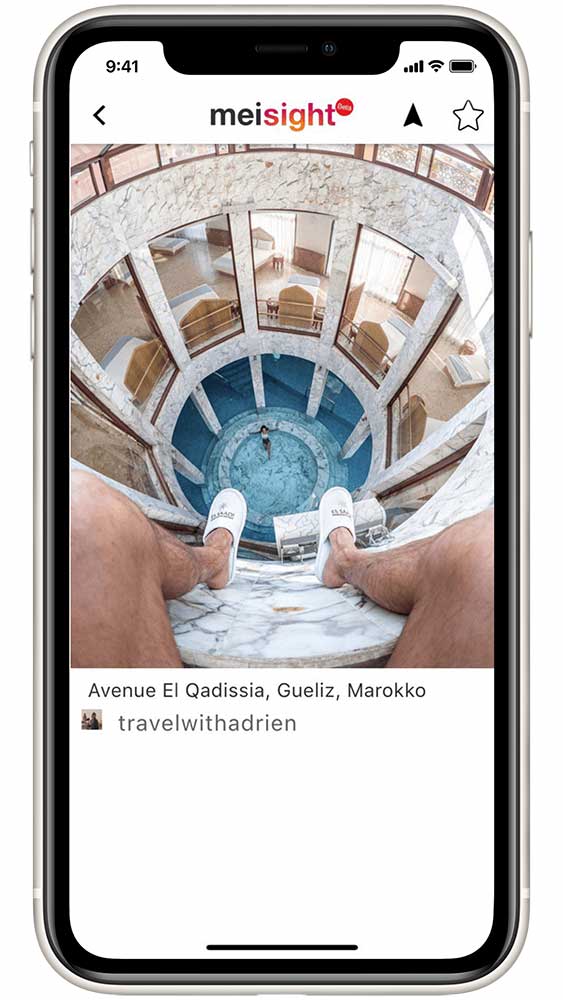 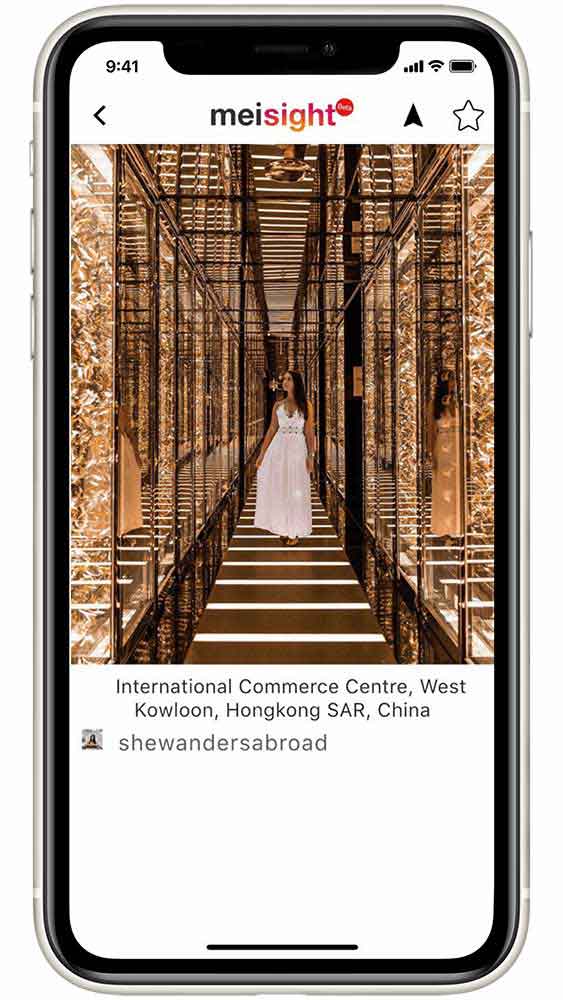 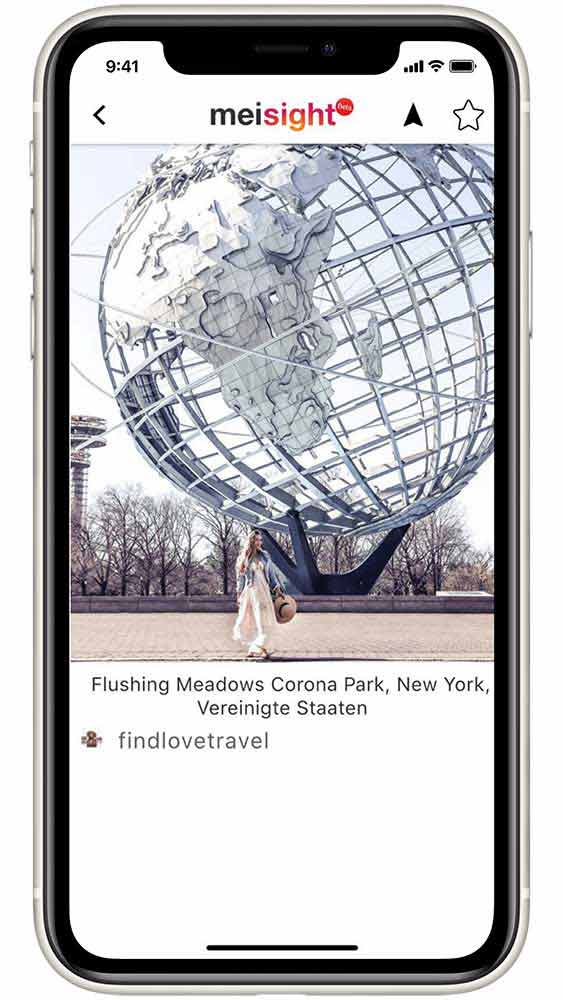 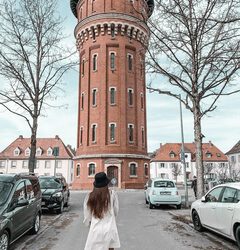 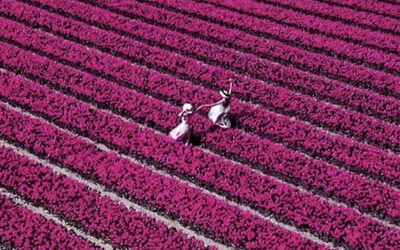 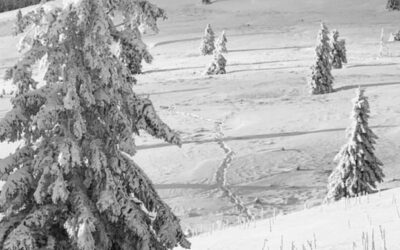 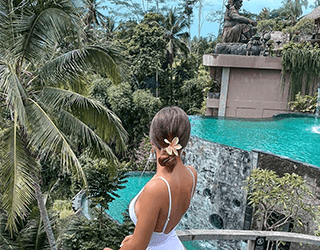 You are looking for top instagrammable hotels? That´s why we list here the most beautiful ones per... 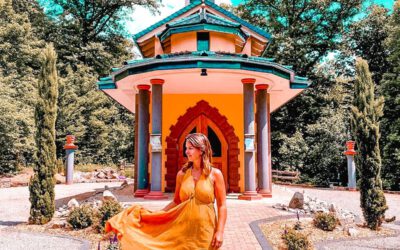 The #cenotes in Yucatán: I bet, you know these incredibly beautiful pictures from people jumping... 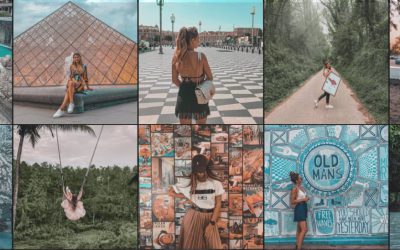 Everyone knows it and almost everyone uses it: Social media. Since Instagram and Co. came along,... 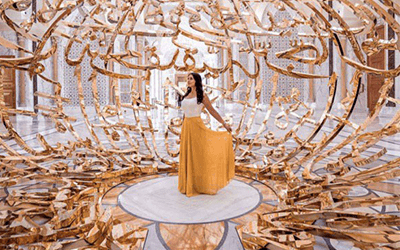 The world is sooo incredibly beautiful and photogenic! That´s why we at meisight developed a...

Read More
Next Entries »
We use cookies on our website to give you the most relevant experience by remembering your preferences and repeat visits. By clicking “Accept”, you consent to the use of ALL the cookies.
Cookie settingsACCEPT
Manage consent

This website uses cookies to improve your experience while you navigate through the website. Out of these, the cookies that are categorized as necessary are stored on your browser as they are essential for the working of basic functionalities of the website. We also use third-party cookies that help us analyze and understand how you use this website. These cookies will be stored in your browser only with your consent. You also have the option to opt-out of these cookies. But opting out of some of these cookies may affect your browsing experience.
Necessary Always Enabled

Performance cookies are used to understand and analyze the key performance indexes of the website which helps in delivering a better user experience for the visitors.

Analytical cookies are used to understand how visitors interact with the website. These cookies help provide information on metrics the number of visitors, bounce rate, traffic source, etc.

Advertisement cookies are used to provide visitors with relevant ads and marketing campaigns. These cookies track visitors across websites and collect information to provide customized ads.

Other uncategorized cookies are those that are being analyzed and have not been classified into a category as yet.